On his CV one sees that he has played for Morelia de México, Colón, Olimpo and Rosario Central and he has played three times in the celeste y blanca. Marcelo Bielsa called him up back in 2003 to play against Honduras and the USA. He could not finish the first match as he was sent off; the second, he did. And the third was against Haiti, in Cutral-Có. It was his first game under Maradona. He played right back against a team far down in the world rankings that barely attacked. He sent in the cross for Palermo’s goal and was rewarded with the ‘good stuff, Chino, good stuff’ from the bench. 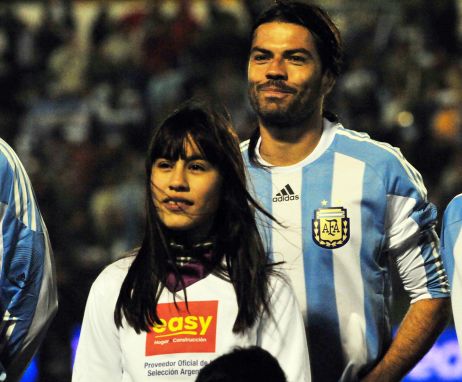 Ariel Garcé, say Olé, will definitely be in the final 23 man squad. Say again? Garcé (30), has not been hiding under a rock his entire career. His brilliance has been recognised by the likes of Morelia de México, Colón, Olimpo and Rosario Central. Olé, in one of its most bizarre lapses of all common sense, of all dignity, is dancing like a giddy child at seeing what it seems to regard as one of its own, touched by God.

Once the decision has been made (or even hinted at) it becomes sacrosanct, ponderable only in terms of what it offers as a glimpse into the mind of an unquestionable genius. This mystical occasions are accompanied with the kind of vertiginous joy bloggers feel when their nappies are changed and the world to its very vanishing point becomes an avenue of freshness.

Even in a bizarre paragraph outlining his achievements to date, enthusiasm leaves doubt on its flabby ass: “Ariel Hernán Garcé is ‘el Chino’. On his CV one sees that he has played for Morelia de México, Colón, Olimpo and Rosario Central and he has played three times in the celeste y blanca. Marcelo Bielsa called him up back in 2003 to play against Honduras and the USA. He could not finish the first match as he was sent off; the second, he did. And the third was against Haiti, in Cutral-Có. It was his first game under Maradona. He played right back against a team far down in the world rankings that barely attacked. He sent in the cross for Palermo’s goal and was rewarded with the ‘good stuff, Chino, good stuff’ from the bench. And got himself in contention.”

Next time you feel tempted to complain about journalism in your part of the world, remember this. Both of pegamequemegusta’s hearts skipped slightly as the words struggled to align themselves to the globules of grammar and logic that supposedly float inside us. You’d swear this was a school report, a show and tell piece cobbled together from a Wikipedia entry written by a drunken, shell-shocked squirrel.  Besides the fact that it omits Garcé’s five year stint with a good River team (ten years ago), consider the reasoning behind the inclusion of this ‘quote’: ‘Good stuff, Chino, good stuff’ – the demented babbling seems to come in slow motion as if it were being spoken in that computer robot voice and dubbed over the denouement to Platoon.

Pegamequemegusta was sure that of all the nobodies – and we royally reiterate, they’re nobodies even in Argentina – called up to the provisional squad, Garcé had no chance.  Nonetheless it looks like the idea is that he goes as back up for Otamendi. It’s not personal, Masche, he just has no place being at the World Cup.  This isn’t a case of being such a Eurocentric that you can’t recognise a player’s good unless he’s not playing in foreign lands. After all, although he wouldn’t be in our squad due to the sheer number of awesome to semi-awesome players that have proven themselves in the ‘top flight’, pegamequemegusta does condescend to find Maradona’s selection of Sebastián Blanco quite interesting both for his qualities as a player and as an alternative left winger (though he’s no Maxi Moralez…). Diego’s taken the not-recognising-a-prophet worry and blown it into a complex that would make pegamequemegusta’s virgin though vicious and violent cat look like a vicarious vicar vying for veldspar in a Venezuelan valley (where said ore proliferates – and anyway, verbosity is not a vice).

Who cares, jaysus, we all knew really that this nonsense was going to happen. As chance would have it, though, just this evening pegamequemegusta was peering at the Guardian website and re-discovered an excellent Marcela Mora y Araujo article from last September. Yes, just after the spanking defeat doled out by Dunga’s Brazil.

One of the best parts is this: “The press, over whom descended a bizarre fear of stating the potential unmitigating disaster this could be, are beginning to suggest that soon they will become more critical.” Genius: they never said a thing when Basile started calling up random players and then discarding them nor when Maradona intensified the nonsense.

This goes to the black heart of the ‘Good stuff, Chino’ nonsense above – ‘uncle’ Julio Grondona is not only the head of the AFA but also an important stakeholder in Grupo Clarín, Olé‘s parent paper. While we hardly think Grondona was barking down the phone to big up Garcé, the reluctance to antagonise him in any way appears to have led to the craven bullshit outlined above.

Olé is a joke when it comes to what we shall tentatively refer to as editorial policy. Yet it’s the biggest-selling sports paper. The situation makes an even bigger joke of Diego and others’ claims of persecution by the media.

One more quote from the professional’s pen: “The clear lack of leadership within the squad needs to be resolved. The players are apparently suffering from the well-known social loafing syndrome, whereby in a collective enterprise each individual in the group underperforms relative to individual potential. Someone from within needs to redress this and bring out the best from each of the 62 young men who have been called up to duty and then left out to hang.” A slightly more sophisticated analysis than Diego’s somewhat simplistic players-in-Primera-have-balls-‘outsiders’-don’t, wouldn’t you say. And yet Maradona’s hopes appear to be resting on a sudden metamorphosis occurring in the chrysalis that is the tunnel in Johannesburg. Garcé is just one who’ll either be a butterfly or a Gregor Samsa.

Something tells me their wax wings will neither be slain by shadow nor by the sun. O sea, they’re coming back in the quarters, as usual. 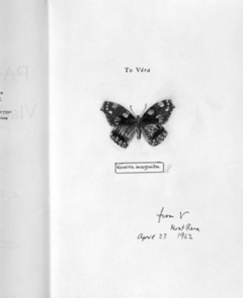 *No-one’s feelings were hurt in the drafting of this post, though the cat did scratch the missus quite badly. Usual prize for last line reference(s).

Yes, there are almost as many strikers as defenders.